On October 15th, we launched a one week bike challenge in our SVA IxD studio. We explained the game rules to four eager studio mates, toasted in some bubbly, and then released them to the chaotic streets of New York City to compete for the title ‘The King of Two Wheels’. From the game rules, the most important thing to understand was the objective of the game:

Have the least amount of thread on your spool at the end of the game.

The idea for the contest was born about two weeks earlier. We had to act fast to make sure our contestants wouldn’t have to fight the bike battle in the snow. See the post King of Two Wheels Launch for some behind the scenes and reflections from the day before game launch, like this very early prototype to figure out the scale and position of the map interface: 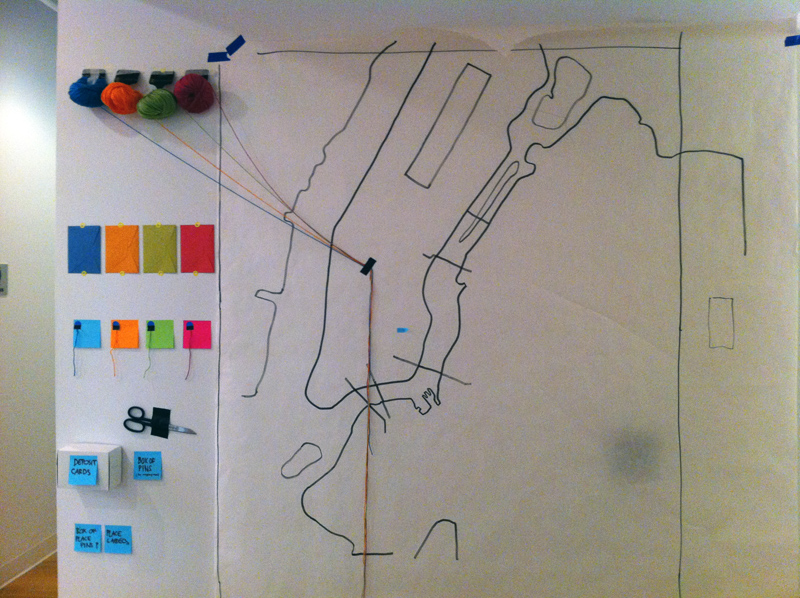 We wanted the game to be more than just a race to bike the furthest distance. Given that urban biking is our area for thesis, we had a few concepts we wanted our bikers to explore, namely way-finding, tracking, discovery of places and motivation through social pressure. We gave them eight challenges: 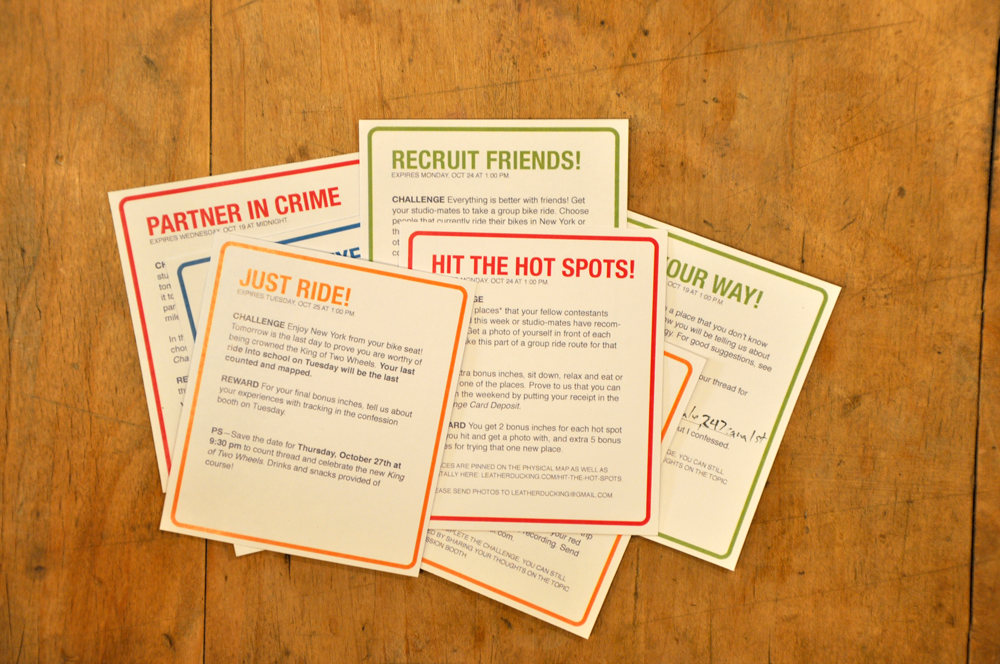 And we put them in a confession booth every day to talk about their biking habits, recent rides and challenges: 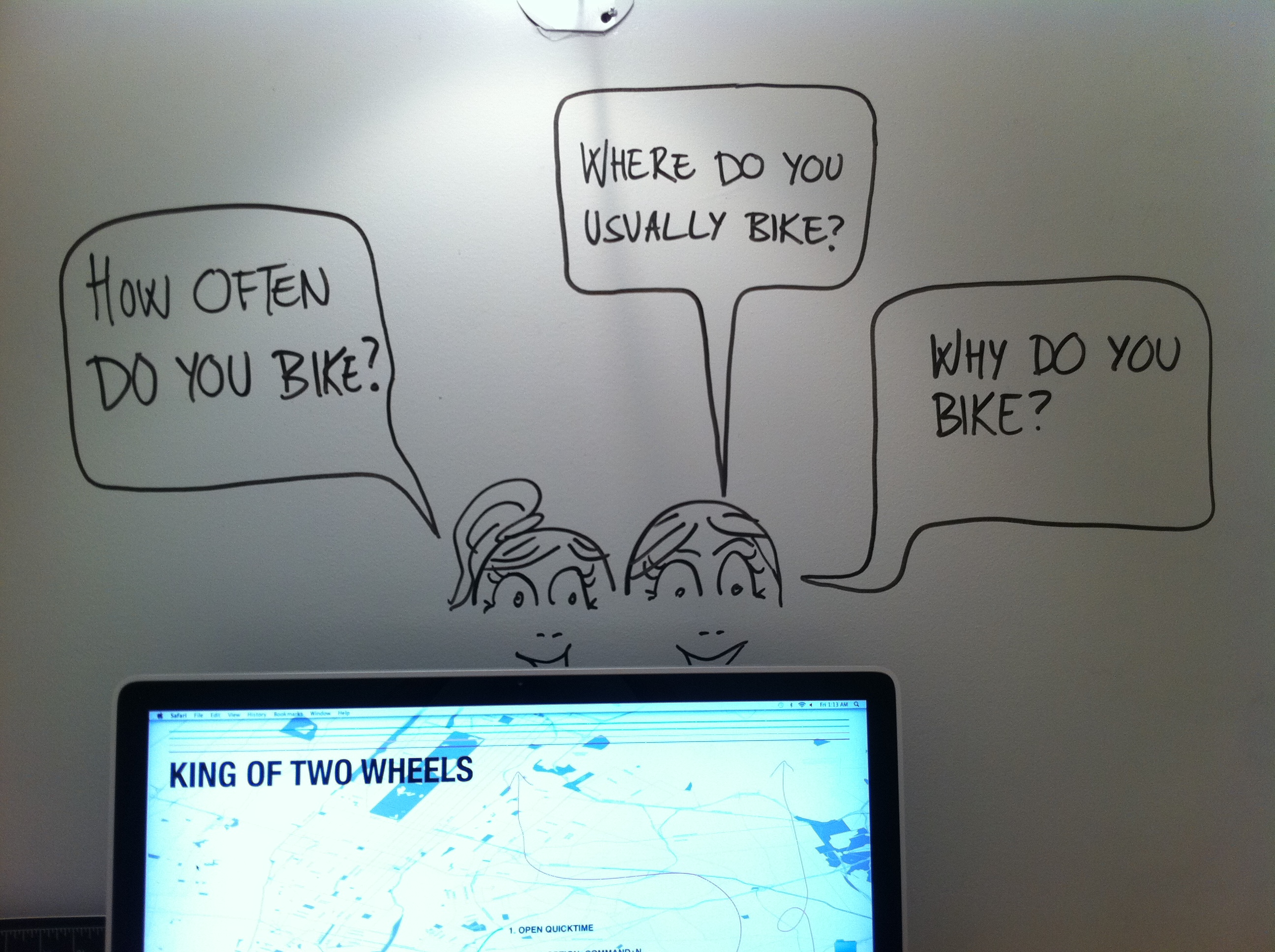 The King of Two Wheels challenge allowed us to explore the motivational aspects of biking, both through the contest itself and by making the bikers efforts visible on the studio walls. We proposed opportunities for our contestants to share their bike love by getting other studio mates to bike. To get the whole SVA IxD community involved, bikers and non-bikers alike, we invited students to bet and cheer for the contestants. The blog post Behavior Change and Motivation elaborates on this aspect of the game. 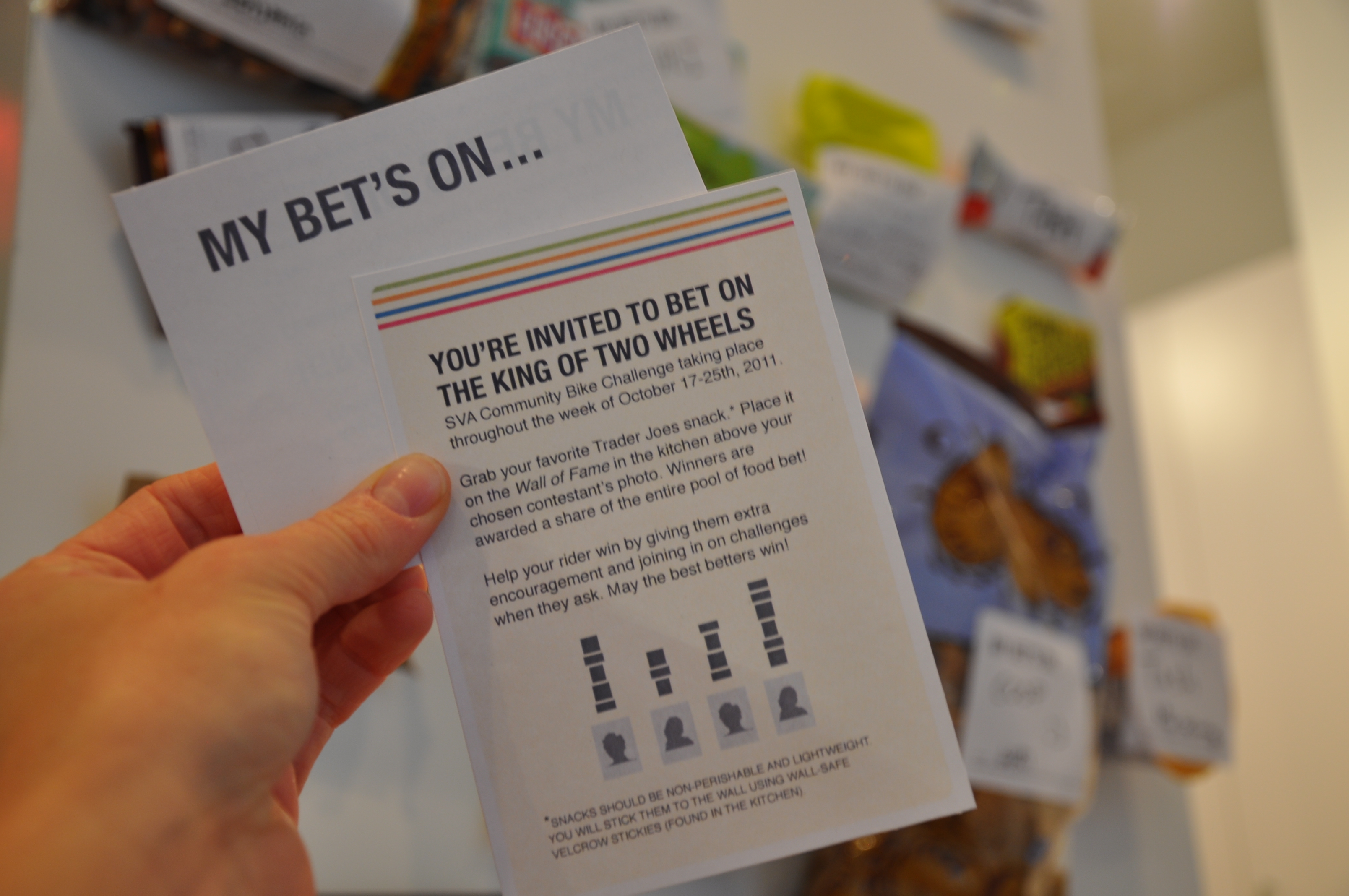 5 thoughts on “King of Two Wheels”