What’s missing from a SPOKED game? A few people have been lingering at the bottom of the happiness chart (our leader board). We’re missing their rides. Perhaps the real question is—How do we get the ‘zeros’ to ride their bikes? 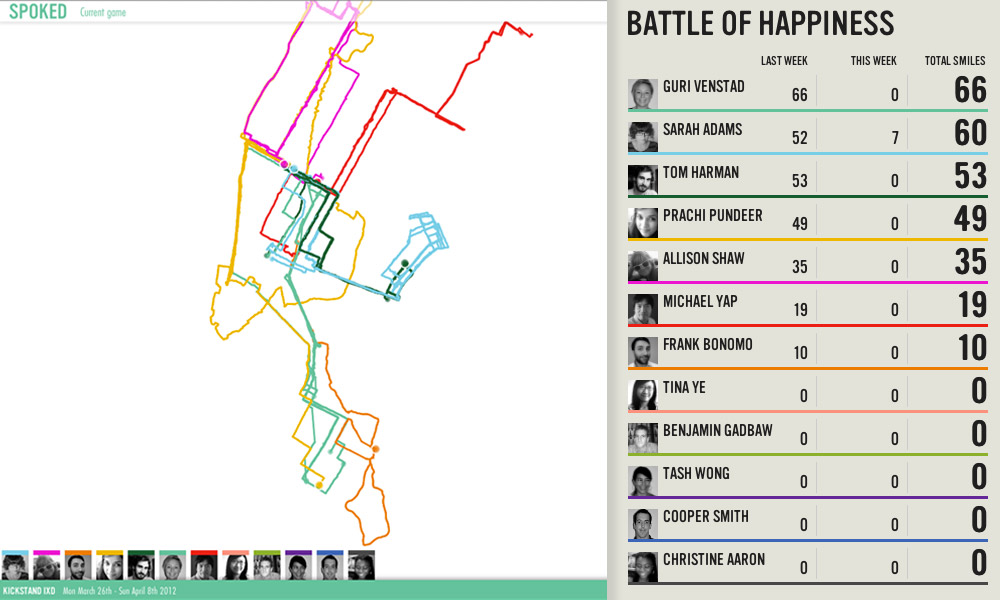 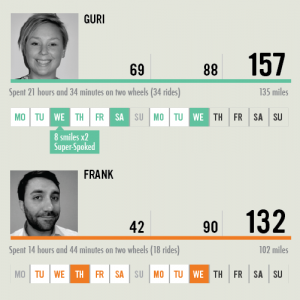 We were hoping that the super-spoked days would level the playing field for the people that aren’t as comfortable on the streets. However, if you aren’t an avid rider and you miss the first three days of riding, there’s no way you’ll catch up to compete. We need incentive for these people too!

So, instead of joining a game to battle on your own, contestants will join a team. Our hypothesis is that a shared goal among a team, will incentivize every contestant to do their part and ride! Contributing to a team effort is better than working to get yourself ahead in the game. It also helps to not alienate the not-so-comfortable riders from the avid riders.

Our goal is to get avid riders to get their friends with dusty bikes to ride. So, back to the main question: How do we get the ‘zeros’ to ride their bikes? I’ve played out a few story scenarios with and without teams in the post: How do we get Wang to ride his bike. Here’s one rather promising one:

It’s a sunny day perfect for riding. The sun beats down on the cobble stone streets of Dumbo. Will Wang ever ride? Mattias rides his bike everyday. Naturally, it makes Wang a little curious. Mattias finds SPOKED and decides to start a game. He invites, rather “summons” Wang into it so that he’ll have an excuse to get on his bike and ride. He can’t say no to helping Mattias beat his friends on the COGS team. Yay! Whoohoo!!